From IVF heartache and miscarriage comes baby joy for Manchester Fertility patients Joanne and Andrew – they’re the proud parents of our first ever baby born through our Preimplantation Genetic Screening (PGS) service.

Baby Ernest was born in April after our fertility doctors identified that genetically-abnormal embryos together with a misplaced window of implantation were the cause of the couple’s fertility struggles.

Joanne and Andrew started their journey with us in 2016 after trying unsuccessfully to have a second child, a sibling for daughter Frida, for over two years.

With tests showing no obvious cause for their inability to conceive, the couple’s first IVF cycle went smoothly, with 13 embryos developing to advanced blastocyst stage. But the joy of a successful first cycle turned to heartache when a later scan just before 12 weeks showed the embryo had stopped growing.

“It was at this point that Preimplantation Genetic Screening was discussed,” says Joanne. “With 12 embryos left and desperate to not go through another miscarriage, it seemed like a wise idea to have them tested for chromosome abnormalities.”

With PGS still in development at Manchester Fertility, our team arranged for testing to be carried out at a different facility. But only one embryo was shown to be genetically normal.

“I was distraught, but also relieved, as by finding out that most of my embryos were abnormal I avoided so many more miscarriages and failed embryo transfers,” says Joanne.

The couple pinned their hopes on their only healthy embryo but faced more disappointment when that transfer failed. Undeterred, they started a new IVF cycle, again developing a good number of blastocyst embryos.

Just two out of 11 were found to be chromosomally healthy. But after both those embryos also resulted in negative pregnancy tests, Manchester Fertility consultant Dr Anamika Rao suggested a new plan of action, one that would also involve genetically examining Joanne’s endometrial lining.

Genetically healthy embryos and a personal window of implantation

This time the couple would have IVF with PGS as before, but also with Endometrial Receptivity Array (ERA) testing. In some women, failed IVF despite the transfer of healthy embryos is caused by a misplaced window of implantation. Which means the endometrium is no longer receptive to the embryo when it’s transferred.

“There had to be a reason why my healthy embryos were failing to result in positive pregnancies,” says Joanne. “And so we started another round of IVF. By this time Manchester Fertility had launched their PGS service, resulting in two healthy, screened embryos, and a biopsy was taken of my endometrial lining for ERA testing.”

Finally, the couple had the answer they had been looking for. Despite transferring only genetically-healthy embryos as identified through PGS, Joanne’s failed IVF cycles were indeed caused by a misplaced window of implantation.

“The ERA result showed my window of implantation was actually around 12 hours earlier than scans had indicated,” says Joanne. “I was thrilled. Now we could tweak the transfer time too.”

After an anxious two weeks of waiting following embryo transfer, Joanne and Andrew were overjoyed to have a positive pregnancy test.

“I will never forget the feeling when we saw those two lines on that test,” says Joanne. “Years of disappointments made this even more special.

“But the pregnancy was hard. After previous losses there isn't a day that goes by that you don't panic, that maybe that beautiful little bean has stopped growing. But scan after scan proved that this one seemed to be here to stay.”

And in April 2018, the couple finally got what they’d been waiting for, for so long – a healthy baby son, Ernest Thomas.

“I couldn't believe he was real!” says Joanne. “He made it through the crazy assault course that’s my madly compromised fertility, test tube and lab process, to actually become our baby! I still pinch myself every day when I look at Ernie. He’s the most beautiful little boy.

“Realising that fertility is something that you just can't control has been one of the hardest lessons I've ever learnt. But together we found something that made a difference. We are forever grateful to everyone at Manchester Fertility.”

Dr Anamika Rao, Fertility Consultant at Manchester Fertility, says: “Genetic screening is making a big difference to couples like Joanne and Andrew who suffer unexplained miscarriage or IVF failures. We're so happy we could pinpoint the exact causes to help them have baby Ernest. Our first PGS baby is an incredible result for our team and gives hope to so many others who may be going through the same thing."

If you’d like to know more about genetic screening as part of your IVF cycle at Manchester Fertility and whether it’s right for you, talk to our Patient Advisors as a first step on 0161 300 2737 or book a private, free one-to-one.

You can also read our latest blog series on PGS: What is Preimplantation Genetic Screening in IVF? and PGS Facts, Benefits and Risks. 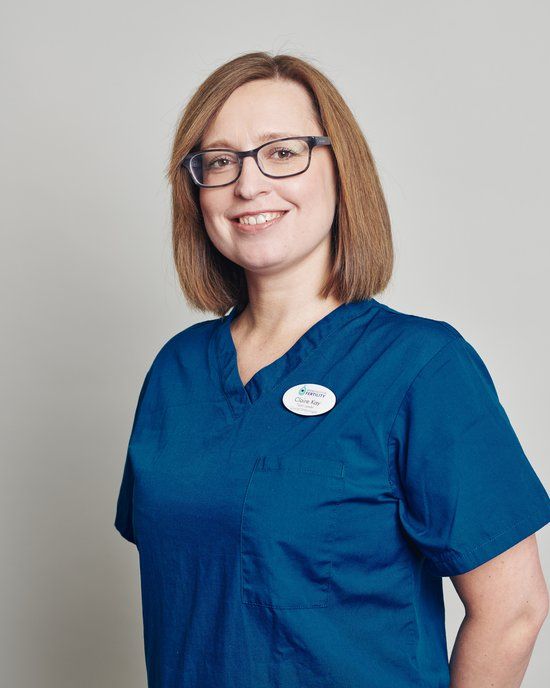 Claire first joined Manchester Fertility in 2005. She gained the Certificate in Clinical Embryology in 2010 and achieved State Registration …

We use cookies to give you the best online experience. Let us know if this is OK. We'll use a cookie to save your choice.

Did we answer all your fertility questions today?

If you still feel you need more guidance and support, you can book a FREE 1-2-1 discovery meeting to talk through the options available to you.

Book a FREE 1-2-1 Discovery Appointment No, thank you